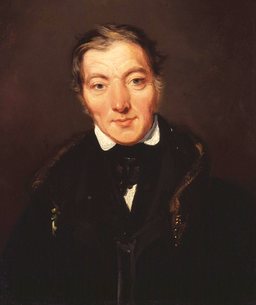 Bernie Sanders officially dismantled a social reform movement last week at the Democratic National Convention. But there’s another guy who made history with social reform by changing the very system that made him successful. A predecessor to socialism, his name has come up in the news lately: Robert Owen from Wales who lived from 1771 to 1858. He was a capitalist yet espoused reformist ideas that later empowered cooperatives in Britain and beyond. The Co-operative News recently reported that a collection of his letters are being archived. Owen was a pioneer who inspired cooperative development, and advanced progressive industrial practices.

He left school at age 10, then went on to succeed in manufacturing including owning a mill in Scotland. As an industrial leader Owen may not be akin to the consolidated 1% of wealth today but certainly held significant influence and power. And he had a moral agenda. He called for social reform even leading to the evolution of unionizing workers. His ideals for the well-being of workers and children were put into effect at his mill, New Lanark. He also aspired to act even more broadly to educate the young and made an effort to create a utopian society. These ideas eventually provided a foundation for the cooperative movement.

A collection of Owen letters is being archived at the  UK Memory of the World Register.
Also archived there is the Magna Carta written about in a previous blog post: The Magna Carta and Co-ops.  The archive is part of the United Nations Educational, Scientific, and Cultural Organization (UNESCO).

Here in the US in 2016, I’m thankful for Robert Owen’s progressive agenda still felt today. During this election year I see the same social problems festering that Owen fought: a lack of viable education and workers rights for the disenfranchised, especially with Bernie stepping down. I wish I could say Bernie is a reformist. Robert Owen clearly was. His top-down approach doesn’t seem likely to happen, but we can have faith that there is at least some historical precedence for it.

This site uses Akismet to reduce spam. Learn how your comment data is processed.